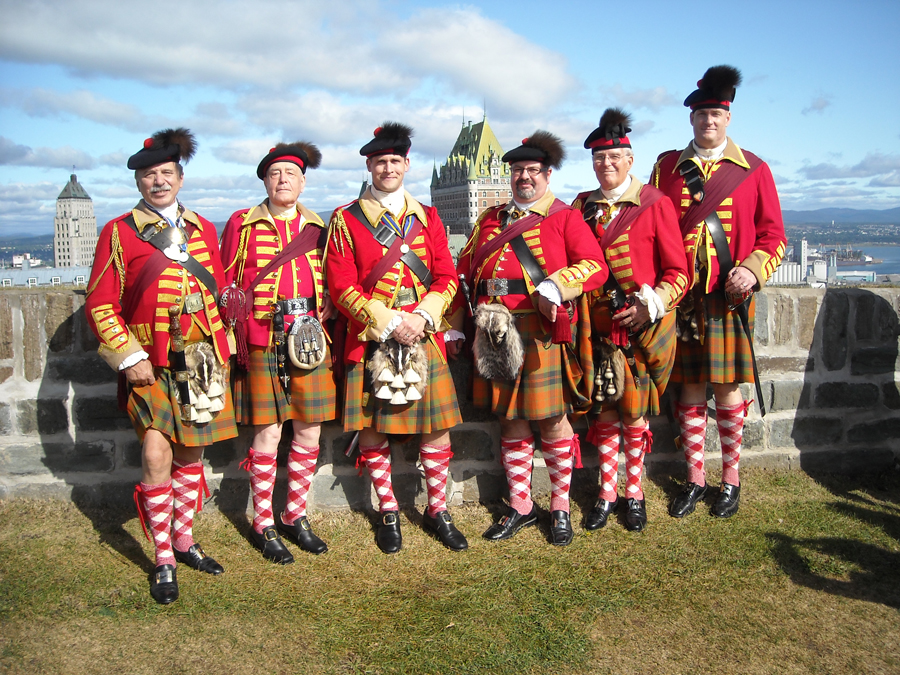 People ask: “Who are the 78th Fraser Highlanders and for what do we stand”? The answer is both simple and complicated. In 1757 the clansmen answered a call from Simon Fraser to follow him on what romantics nowadays would call, a Grand Adventure. In ways it was, for at a time when opportunities were scarce in the Highlands after the Jacobite rebellion, it gave them a chance to advance themselves and seek their fortune while serving the British Crown in the New World. Britain was at war with France, both in Europe and in North America. The 78th Frasers Highlanders fought at Louisbourg, Quebec, Montreal and St Johns.

At the end of the war the 78th Fraser Highlanders were reduced to nil strength in Quebec, and while some chose to return home to the Highlands, many of the soldiers received land grants which allowed them the chance to prosper in the new world. When subsequent threats to their new homes occurred during the American Revolution, the retired members of the 78th answered the call, in defence of those homes.

When the 78th stood up again for the centennial of Canada, we had to find new ways to serve Canada and its people and preserve our heritage. Across Canada there are now many Garrisons of the 78th Fraser Highlanders and though we all have the same goals, we achieve them by working locally. In Toronto, York Garrison supports the training of Post Traumatic Stress Disorder Service dogs for use by CF veterans who have served in conflict. We also provide a series of annual bursaries to assist young military Reservists from 32 Canadian Brigade Group continue their post-secondary studies, send support to the Canadian Forces Family Centre in Toronto, while our Honourable Guard (the ones in the scarlet uniforms) conduct ceremonial guard duties at various events and generally help where we can. Other garrisons do similar works in their communities, sponsoring cadet corps and pipe bands so that the rich Scottish heritage which helped build our country is not lost or forgotten. 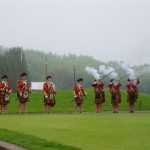 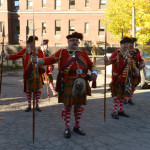 Who makes up the York Garrison Frasers of today? While some of our members have served in the Armed Services of Canada or Britain, most serve Canada through their civilian occupation. We have doctors, lawyers, businessmen, contactors, students and just about every other trade or profession in our ranks.

When our Colonel in Chief, Lord Lovat, is able to make the trip, York 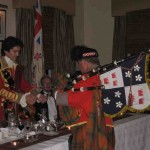 Garrison enjoys hosting him at our events and maintaining the connection to our origins. We even had the honour of being the city of choice (or perhaps convenience), where Simon proposed to Petra.

After all, while it is true that on St Patrick’s Day everyone is “Irish”, everyone, every day, is moved by the skirl of the pipes and in one way or another, is Scottish at heart.
Officer Commanding, Carlo Jeffery

For further reading on the history of the original 78th Fraser Highlanders, get hold of a copy of Col J. R. Harper’s “78th Fighting Frasers”, published 1966.